Toxic breakfast - Where have we gone wrong - Roar Fitness

Breakfast. Who could have imagined that so many people, in ever increasing numbers it seems, would feel compelled to swallow a processed product ‘to remain in good health’. A further problem arises when milk is added to produce this ‘cereal-soup’. Milk that comes from the animal kingdom could provoke harmful reactions: IgE or IgG allergies to casein and to betalactoglobulin, two major milk proteins; and lactose intolerance. Or milk from vegetable sources, which are very poor sources of protein: such as rice milk; or from other cereals whose hydrolysis releases great quantities of fast-sugars – as stated on the labels.

Protein, here it is the ‘grand word’. Indeed, the fact is that nearly six billion individuals eat protein with their breakfast! And you? Are you one of those few hundreds of millions of weirdos– that live in North America and in some Western European countries – that have decided to ignore the fundamental rules of physiology, namely the need to stabilise blood sugar levels after the overnight fast?

Here are examples of the proteins eaten at breakfast round the world: Smoked fish in Scandinavia; black-pudding in Wales; haggis in Scotland; bacon and eggs in England; Feijoada – black beans baked with various kind of meat and sausages in Brazil; small ravioli stuffed with meat or fish in Ecuador.

Then, when discussing this matter with those unaccustomed to eating protein at breakfast, we realised that there was a problem…

If the person remained skeptical regarding the need for protein at breakfast and claimed – in the face of contradictory evidence – that they were healthy and happy with their croissant and marmalade or toast and jam, I would tell them about the people of Asia. You would not find, across this continent, anyone eating a traditional breakfast without protein in it. And I would add: “there are four billion inhabitants; they must have some reason to do so, surely?”

Breakfast will set the pace for the whole day ahead. It should correct the low levels of blood sugar that follows from twelve hours of fasting. However, it could make a ‘good’ or a ‘bad’ job of it. It would be a ‘good’ job if the blood glucose curve rises smoothly and holds until the next meal, without suddenly causing premature hunger. It would be a ‘bad’ job if the blood glucose curve starts to oscillate; the peak provoked by the toxic breakfast inevitably leading to a sudden drop in blood-sugar levels. 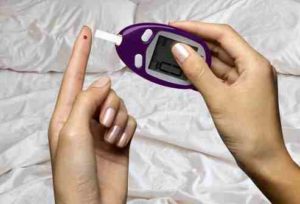 Such a crash in blood sugar is caused by the excess of glucose consumed, which triggers the secretion of large amounts of insulin, a fat-storage hormone that rapidly clears sugar from the bloodstream. Then we find the curve lower than at its starting point. This state of low blood sugar (hypoglycaemia) promotes the uncontrollable sugar cravings that will reactivate the infernal machine once again. Instead of stability, the toxic breakfast generates fluctuations in blood sugar levels that give rise to the impulse to eat more sugars, thus perpetuating the phenomenon until bedtime and, sometimes, this can even lead to waking up during the night.

To avoid the increase of blood sugar, straight after breakfast, one must, of course, stay away from fast sugars. However, it is not only carbohydrates containing fast-sugars that are the problem. A layer of fat on the toast won’t change anything; protein is needed to slow down carbohydrate digestion, and to smooth the peak of blood sugar that will certainly occur if eating only starchy foods.

This principle remains valid for all meals and snacks. It must be recognised by all those who have a great capacity for metabolising carbohydrates very efficiently; among whom we can find the vast majority of those who see their abdominal fat rapidly accumulating more and more; let alone the obese and those with type II diabetes (“fat” diabetes).